Computers around the world ‘mine’ for coins by competing with each other to solve mathematical problems. The first pool of computers that solve the problems receives the rewards in the forms of bitcoins.

Interestingly, many people find it unbelievable that you could get rewards or incentives for solving mathematical problems. It’s because these people don’t understand the true concepts of mining in this new and amazing technology, blockchain.

Yeap, people do get rewards or create new bitcoins after solving these so-called mathematical problems. Mining in the sense of blockchain technology is the process of adding transaction records to the open public ledger of past transactions as a chain of blocks. The block chain serves to confirm transactions to the rest of the network as having taken place. Bitcoins nodes use the blockchain to distinguish valid transactions from attempts to re-spending bitcoins that have already been spent elsewhere.

Mining is intentionally designed to be resource-intensive and difficult so that the number of blocks found each day by miners remains steady. Individual blocks must contain a proof of work to be considered valid. This proof of work is verified by other Bitcoin nodes each time they receive a block. Bitcoin uses the hashcash or SHA-256 as the proof-of-work function.

The primary purpose of mining is to allow Bitcoin nodes to reach a secure, tamper-resistant agreement between many copies of the open public ledger. Mining is also the mechanism used to introduce bitcoins into the system as well. Miners are paid any transaction fees as well as a “subsidy” of newly created coins. This both serves the purpose of distributing new coins in a decentralized manner. It is also a way of motivating people to provide security for the system. The following picture explains the purposes of the mining in an easy way. 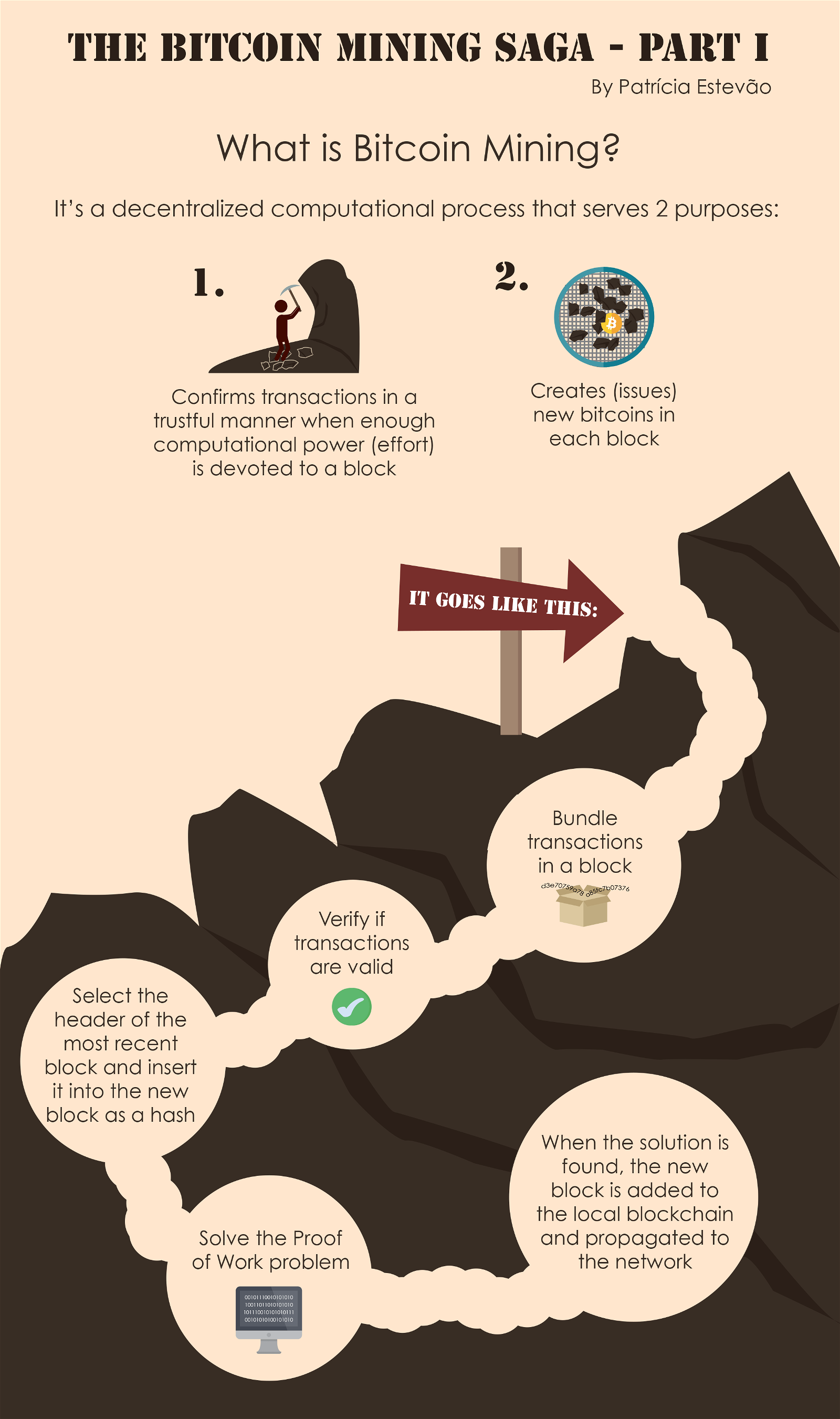 Now, you understand what the mining concept in the blockchain technology. To sum up, it is for the purpose of safekeeping the open public ledger and, as well as to rewards those who are doing the jobs for the peer-to-peer distributed system. We will dive into more details like hashcash,  and proof-of-work concepts on later post series.