Is Blockchain the Gold Mine of this Era? 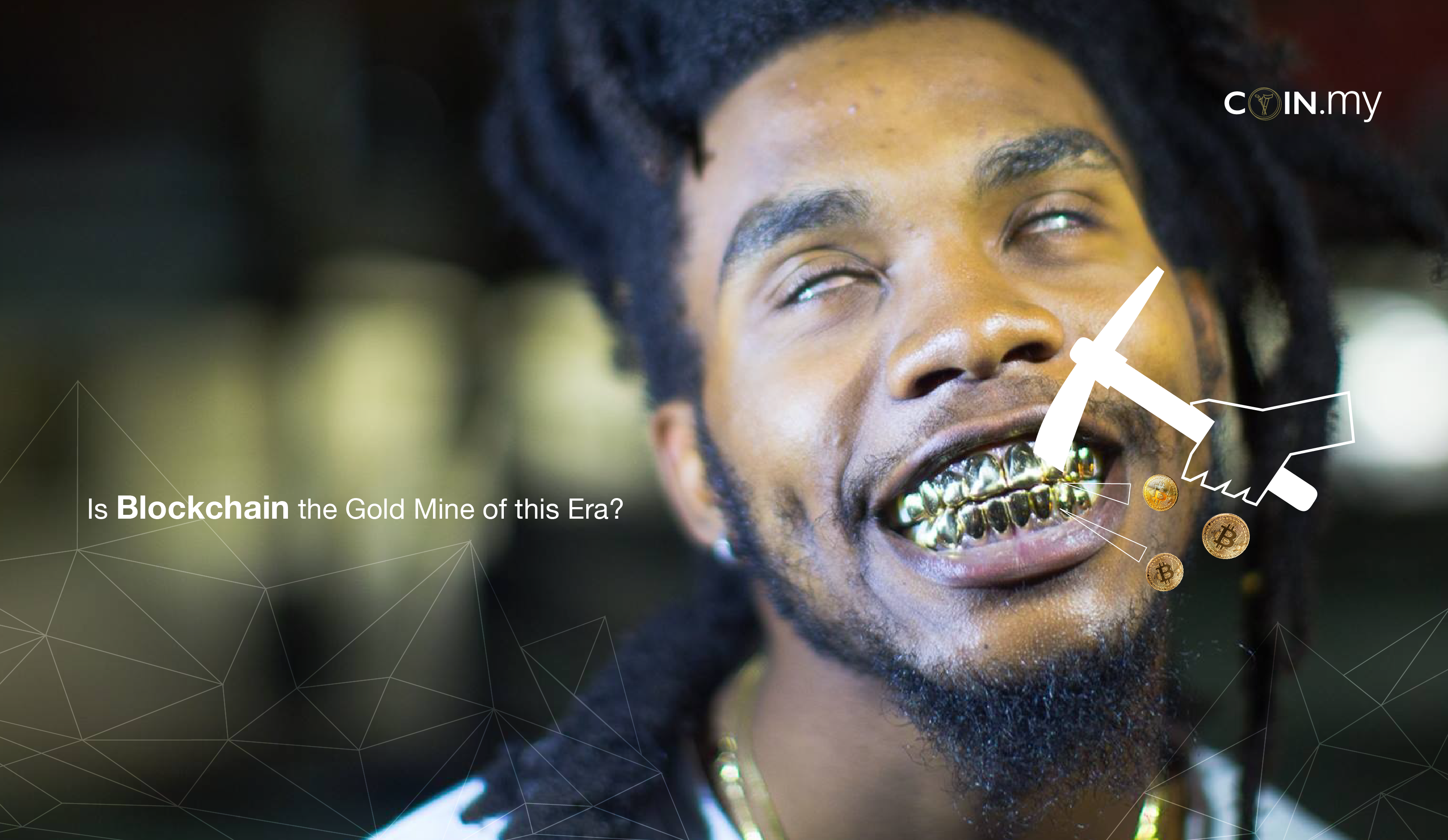 Rewind a 100 years ago and anyone who owns a gold mine, or any other precious stones are considered the richest person in that era. Just look at Long Jaafar or Ngah Ibrahim, both considered to be the richest men in South East Asia, even as far as the whole Asian region itself.

Gold was the main medium for trading during the time until the price of the commodity fell. Consequently, the situation forced mine owners to close down their mines and lay off workers. Towns built around the mines were abandoned as the residents fled elsewhere to search for a brighter future.

As the price of gold continues to fall, people started buying pieces of land in the surrounding area. They started growing agricultural produce such as rubber, cocoa, coffee beans and tobacco to sustain their living. As a result, land owners gained profit through commercialisation of the produce and the demands increased day by day.

Throughout the 70s, Malaysia began to emulate the economies of it’s four neighbours; Taiwan, South Korea, Hong Kong and Singapore. Under the ruling of Dr. Mahathir Mohamed, he transformed Malaysia from being dependent on agricultural exports into a manufacturing hub. Huge factories were built, and government agencies were corporatized, including Tenaga Nasional Berhad and Lembaga Lebuhraya Malaysia.

In other parts of the world, the era of oil and gas industry had begun. Those who got involved early on in the oil and gas industry became the elitist and sat on the top percentile of the wealthiest people in the world. Most of them are still influential and powerful people, and their legacies of immeasurable wealth live on until this day.

However, that portion of wealth is exclusive to a small group of people. In recent years, with the instability in oil price and the fact that we’re running out of oil resource, graduates of petroleum engineering are the worse off. A job position which was then an envy to others for its high salary and comfy benefits is now scarce.

It’s not just the oil and gas industry that is affecting the job market. Even the property market is experiencing a decline at the moment. People are finding it more difficult to search for jobs, and as the wealthy become wealthier, so does the poor become poorer.

So, the question now is, how can this generation and the next reproduce the wealth from the past?

The answer might very well be in the Internet. Anyone can make money on the internet. Job titles like freelance or online executives have become the norm nowadays. With the internet, anything is possible. From making passive money through blogging to selling products all over the world.

As you all know, Bitcoin is the most popular product of blockchain technology. Bitcoin has brought forth thousands of undeclared millionaires who have embraced the technology. Those who boarded the ship back in 2009 when Bitcoin first came about are enjoying the seeds they have sown.

And Bitcoin is not the limit. Every day, more and more digital currencies are increasing in value. More people are joining the rat race to grow their money via investing in cryptocurrencies. Experts predict that the price (and popularity) of cryptocurrencies will continue to rise but we can already see the impact it has on people’s wealth today.

So, is blockchain technology the gold mine of this era? You decide.